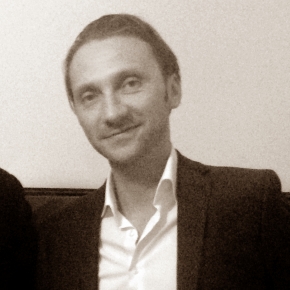 Producer David May was launched to international stardom in 2009 with the release of his hit song “Superstar”. His intense, pounding style of production was fresh and here to stay! “Superstar” quickly climbed the charts worldwide, and went top 14 on the Dance Billboard charts in the US. “Superstar” has 19 million You Tube clicks! For the past 15 years David May’s “Panevino Village” and “DMZ Music”, based in Zug, Switzerland, have been a driving force in the Dance Music genre, producing and releasing songs for artists such as Taylor Dane, Laura Brannigan, Katrina and The Waves to name just a few. The scope of David’s work is licensed on over 15 million sound carriers worldwide, and he has established longstanding consistent business relationships with multiple major and independent labels! As a classically trained pianist educated in the south of Germany who also holds a diploma from the School of Audio-Engineering, David has a fundamental and instinctual understanding of the architecture of music from the first spark of an idea to the final master. His style is described by some as fiery, exquisite, powerful! His technical flawlessness and refined ear can be heard on an endless list of chart topping productions and remixes! David has a deep comprehension of the science of sound, but regularly tours as a DJ to keep his fingers on the pulse of what is happening right now, and it’s evident in his most recent productions that feature some of the hottest contemporary artist’s and songs on the market today. Rarely does the world encounter such a versatile and multidimensional talent. David May has become one of the most sought after producers! An avant-garde who is reintroducing the world to the unforgettable feeling of what it’s like to be captured by the pulse of a hard-hitting dance groove!!! Be on the look out for these releases in the coming weeks; “U Know It Ain’t Love”, RJ Featuring Pitbull “Daydreamin”, Redd Feat Akon and Snoop Dogg “U.R.A. Million Dollar Girl”, Dwaine feat P.Diddy and Keri Hilson.